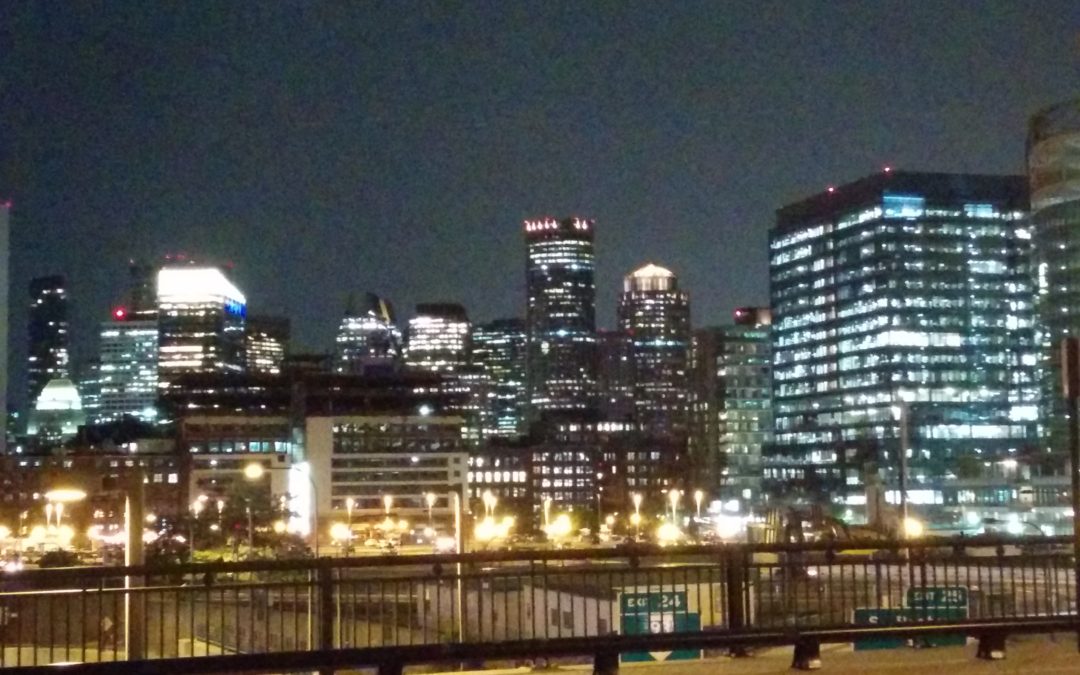 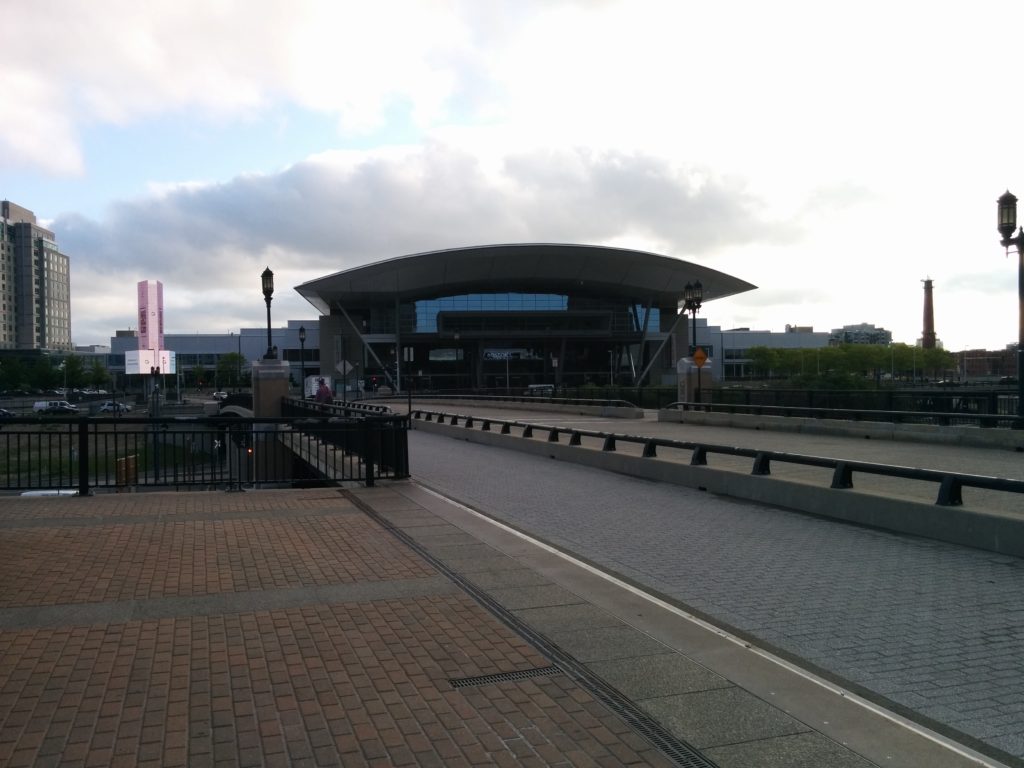 Mad-Eye’s Tip Of The Week

Vanessa is an All-American track and field star at her school.  Leading her team to Nationals since freshman year, Vanessa developed a reputation for being the best sprinter in New Jersey.  When it comes to competition, Vanessa is always focused on winning and never letting her team down.   Vanessa’s speed allows her to control the pace of the game by using her mobility to find parts for vehicles and lead Jason away from injured counselors.  If you prefer speed and actively outpacing and juking Jason, Vanessa is a good choice for you. 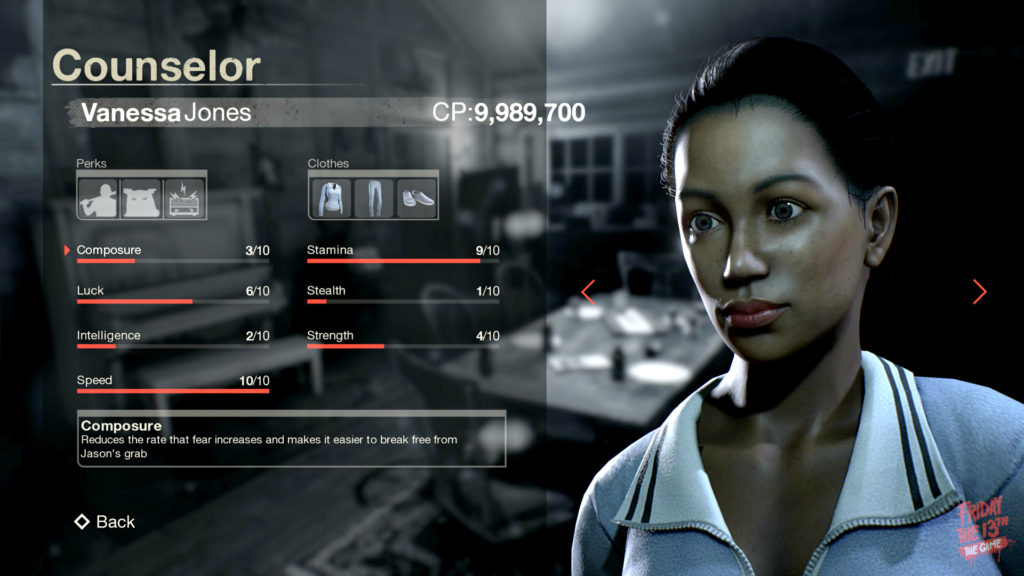 Click here to see how Vanessa compares to other counselors.

Vanessa’s speed and stamina enable her to search locations quickly and rush to assist her teammates.  You can use her offensively to search for parts and harass Jason.  Or you could use her defensively to save counselors and kite Jason away.  While stealth and sneaking around may not be Vanessa’s style, it is important to not blow the cover of stealthier characters when using her.  She is ideal for a solo player who is willing to communicate with teammates and on occasion stun Jason and lead him away.

When playing as Vanessa, you don’t have to sprint to a cabin in the opening parts of a match.  Simply jog to the nearest cabin or even search outside for weapons, or items.  Even if Jason were to morph to your location, you can easily outrun him as long as you don’t waste your stamina by sprinting aimlessly across the map.  Of course if Jason does teleport next to you, RUN!

Your main goal if you want to escape with your life is to protect counselors who can repair vehicles or the fuse box for the phone.  If all of the counselors are dead, you will have a difficult time trying to escape.  Your low repair skill causes you to take more time and increases the probability of mistakes.

Playing as Vanessa takes initiative and constant communication on your part.  If you want to protect the lives of your fellow counselors, focus on searching areas quickly.  If you find an objective item, bring it to the objective point.  Do not install it yourself!  Instead, drop it right next to the objective point and inform your teammates of the item’s location.  This way another character with good repair skill can install the vehicle part while you distract Jason.

Your other objective is to keep Jason’s attention on you and lead him away from the slower counselors.  If you can keep Jason on you while you search for parts, you’ll bide time for your teammates to get things fixed and thus increase your overall odds of escape.  Oh and did I mention you get a real workout? 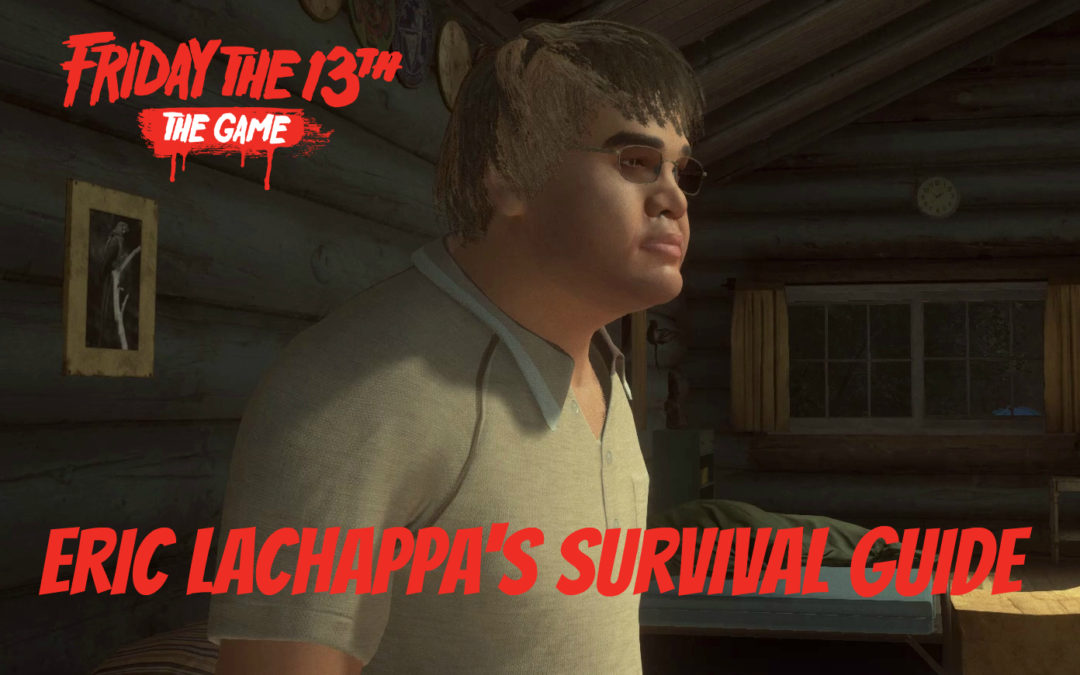 Eric Lachappa is your typical class clown who likes to snoop about and cause mischief for a laugh.  When he isn’t playing Dungeons and Dragons with his friends, he is usually pulling pranks on unsuspecting ladies.  Leave it to him to lighten the mood, but don’t let that act fool you.  He’s very smart and is quite capable of repairing anything.  If you’re the type of character who wants to repair vehicles and keep the lights working at the camp while being able to elude Jason when necessary, Eric is a good fit for you.  While Eric may not rely on brute strength, his cunning and intellect are his greatest weapons in surviving the night at Camp Blood. 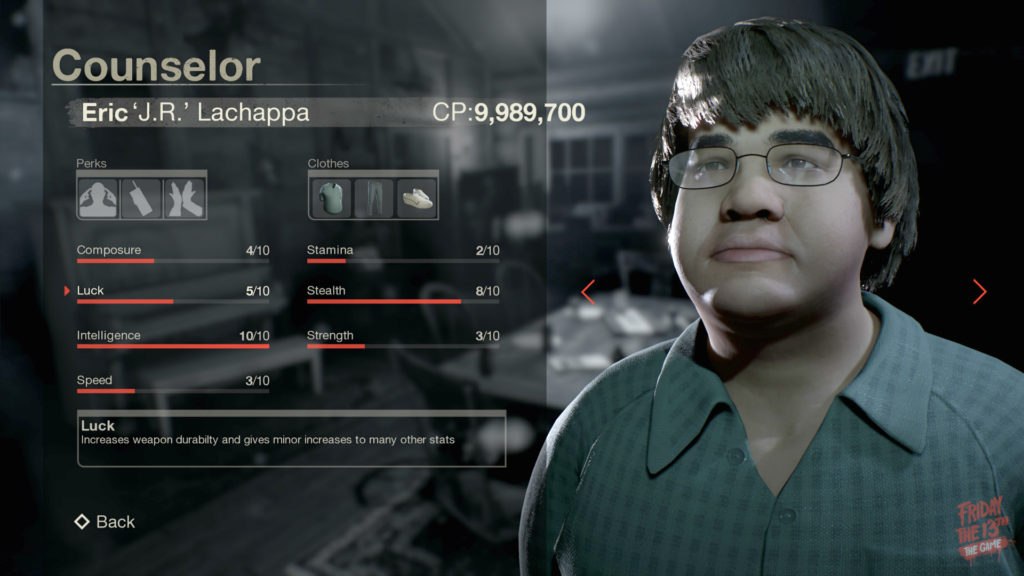 Click here to see how Eric compares to other counselors.

Due to Eric’s lack of speed and stamina, he is arguably one of the most difficult characters to use in Friday The 13th The Game.  Eric does best when teaming up with other counselors and staying in the vicinity of several cabins with many places to hide.  A direct confrontation with Jason will lead to a swift death.

At the start of the game get inside a house quickly.  You should not stay out in the open otherwise you risk Jason morphing on top of you.  Once you have your bearings and hopefully a weapon, or a vehicle-part,  use a walkie talkie to locate the vehicles and possibly the fuse box for the phone.  Do not leave the safety of your starting cabin unless you see a nearby counselor or if there are several cabins surrounding your location or if you are positive Jason isn’t around.  Your main weakness is the lack of speed and stamina so only travel long distances with a group or if you know Jason is distracted.

To increase your chances of survival, it is best to be in an area where there are 3 or 4 cabins close together. So in the event you incapacitate Jason, you can run and possibly hide in a near-by closet or under a bed to fool him.  The main building in Higgins Haven and Packanack can be useful for hiding, but have an escape plan and know where to move next if you need to make a break for it. 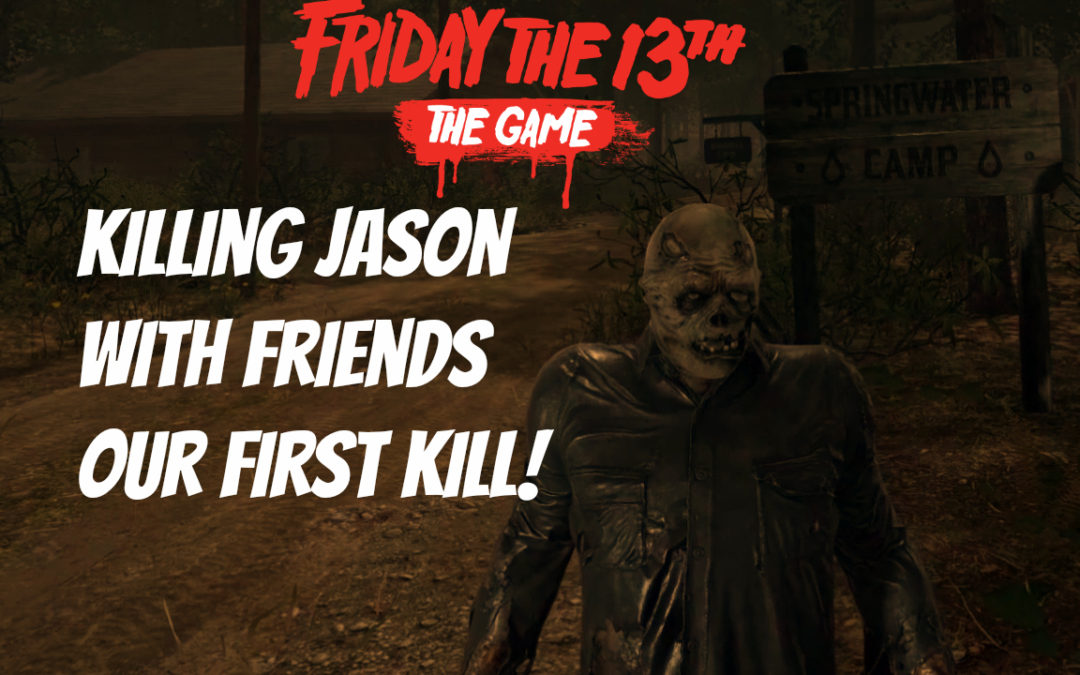 So I finally managed to log in to play the game and even managed to kill Jason with my fellow friends and moderators from the F13 discord server.  Check out the video below!  Next post will be an updated guide to playing LaChappa and after that different updated guides for all of the counselors and Jasons.  Stay tuned and enjoy the video!