You Are More Than Just a Number

You are more than just a number.  Whether you have 0 subscribers and are starting out, or you’re a seasoned creator with 20 million, you are not defined by your number of viewers.  To round off the week I thought I’d discuss a common concern among content creators in YouTube, Twitch, Mixer, Instagram, and any platform involving followers or subscribers.  Over the past two months I’ve seen people give up on their channels of all different sizes from 10,000 to 800,000 for different reasons.  Some of these reasons involved family, career changes, or personal reasons, but other times it was because that content creator wasn’t getting the views or exposure they once were.  They feel unimportant or irrelevant.  I think some content creators are too focused on views and subscriber numbers.  They try to grab attention the wrong ways, follow fads, and as a result lose their identity.  By chasing a number that isn’t guaranteed to result within a specific time frame, that content creator becomes frustrated and burns out.

When you feel frustrated with lack of growth, focus on two things.  First go back to why you wanted to do content creation in the first place.  If you’re hating what you’re doing and you feel like you’re missing a part of yourself, re-evaluate, re-brand, and return to your roots.  Never lose sight of who you are and why you wanted to become a YouTuber, Livestreamer, filmmaker, or game developer.  The one thing that all content creators share in common is our desire to create, express ourselves, and entertain.  I doubt the reason you started your path to being a content creator was so you could say “I’ve reached a million subscribers!”

Second, try to push yourself creatively and think outside the box.  Rather than doing what everyone else is doing, learn something and apply that to your next video or livestream.  Keep practicing and honing your craft.  There is more content available than what a single person can consume in their lifetime.  This means, there is something out there for everyone.  If people like what you have to offer as a content creator and you’re different, they’ll subscribe and support you in your creative endeavors.  So keep your chin up, be proud of your identity, and keep producing. 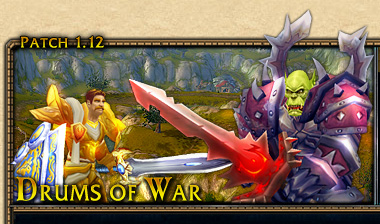 5 Things I’m excited for in Classic World of Warcraft

5 Features I’m excited for in Classic World of Warcraft

I have a secret.  I LOVE World of Warcraft and have been playing it for 10+ years.  So when World of Warcraft announced that they’re getting close to releasing the classic version of World of Warcraft, I was psyched.  I thought to myself “finally a chance to go back to the original game.”  While I love World of Warcraft and appreciate how it is streamlined and user-friendly to new players, I felt a part of the adventure disappeared.  A part of the nostalgia, and magic of the game disappeared when certain features such as world flying was introduced. Certain areas also felt devoid of players when people could cue for Dungeons and Battlegrounds from capital cities and go out on adventures.

Blizzard announced that World of Warcraft Classic is launching from patch 1.12.  You might be asking what does that include exactly?  To simplify the list of features included, I took my top 5 for PvP and listed them here.

What are you most excited for?  Share your thoughts in the comments!