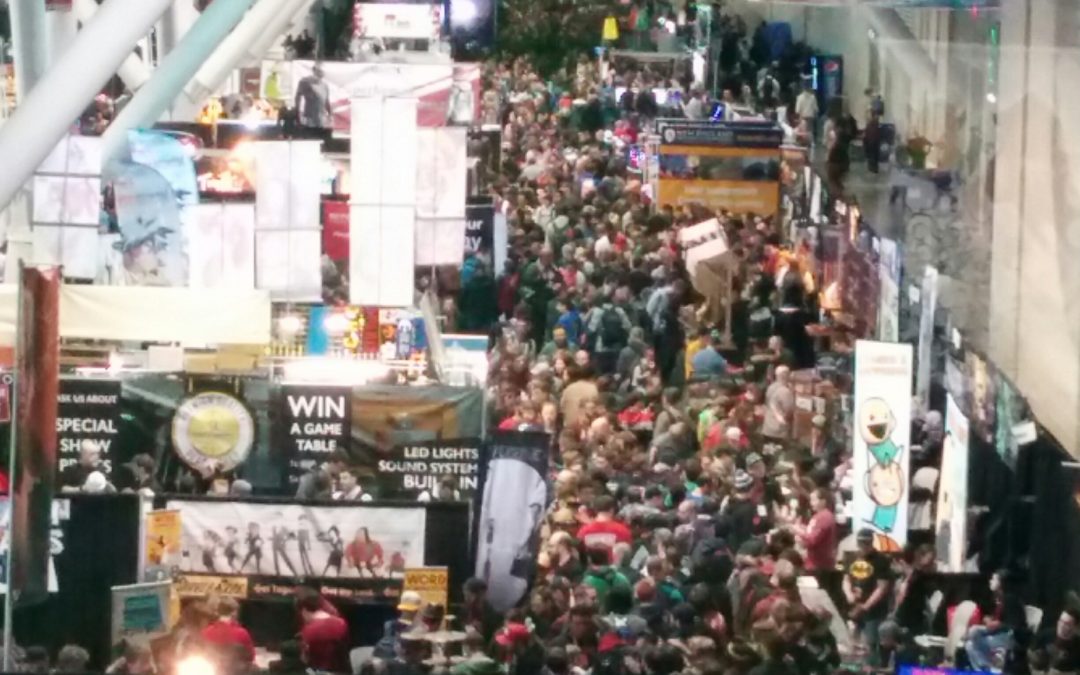 My Experience at PAX East Day 2

Determined to learn from my mistakes from the previous day, I left the house at 7:00 am.  The trick I realized was arriving slightly before the doors opened at 8:00, but not too early so as to stay out in the cold for an hour due to long lines.  I arrived at the convention center by 7:30 am.  My prediction was correct, and, within 20 minutes I got inside – a little past 8:00. 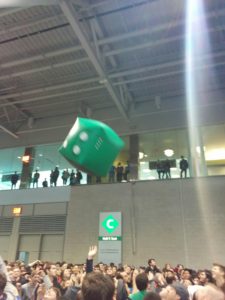 As soon as I walked in the door, the enforcers (volunteers who work at PAX) filed everyone through into two lines either for Jack Septic Eye’s Greetings and Discussion panel or for the convention hall to play the latest and upcoming games.  Of course, I followed the line for the convention hall, but was amazed at how many hundreds went to the line for Jack Septic Eye.  Once I proceeded as far as I could, I was told that everyone would have to wait for two hours.  I killed time by chatting with fellow game enthusiasts and networked where I could.  Towards the end of the wait, volunteers brought out inflatable Pokeballs, beach balls, and cubes for people to hit and keep in the air.  We celebrated when someone managed to hit one of the banners hanging from the ceiling. 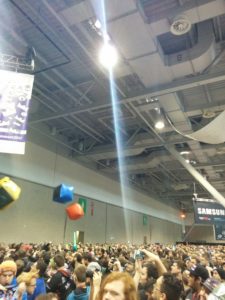 At 10:00 am the floodgates opened and everyone jogged or sped walk to the gaming booth of their choice.

Remembering CharminEXSoft’s suggestion to play the game Dauntless, I decided to head there first and see if I could perhaps get in line to play.  While I expected a long line last two hours, I was greeted by a pleasant sight of only 8 people waiting for the developers to finish playing.  After speaking with one of the designers of the game and hearing how to play, I teamed-up with three strangers and fought a giant owl.  Within 15 minutes we emerged victorious and earned a cool badge as our reward.  I also entered a raffle to join the beta, so we’ll see how that goes.  As I left the booth, I saw an enforcer holding a sign that said “Dauntless, est. wait time 90 minutes.”  Glad I arrived early. 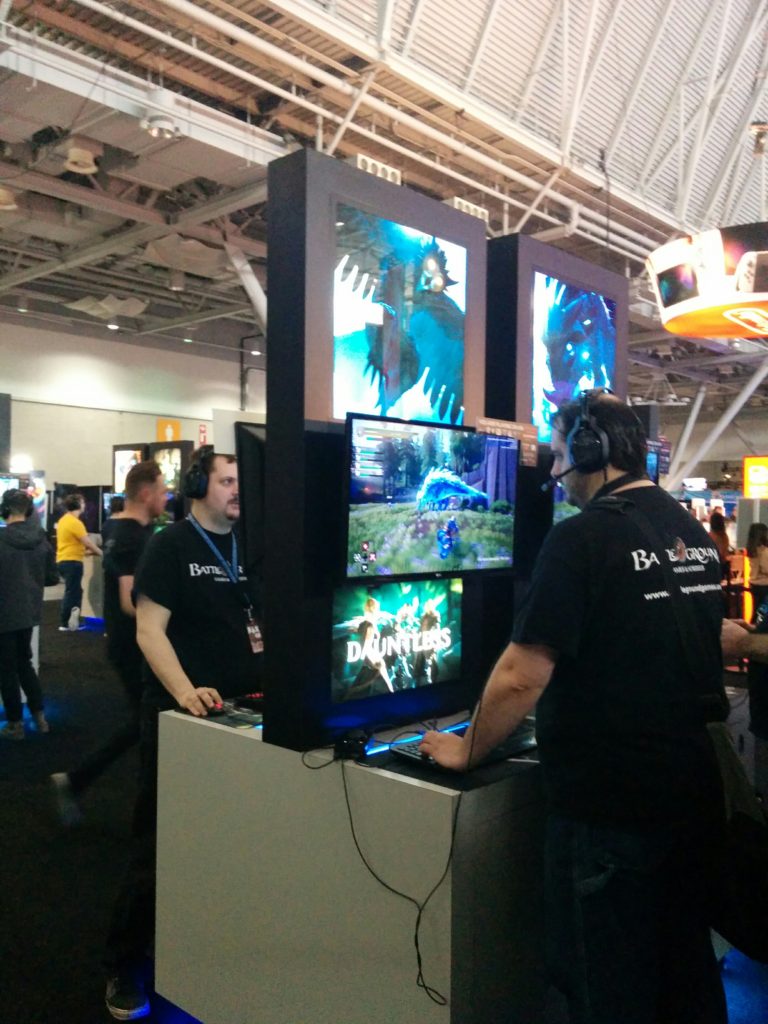 Next I ventured towards the indies where I tested several titles such as Bulb Boy, Northgard, Night in the woods, Wulver Blade, Tooth and Tail, West of Loathing and Rude Bear Resurrection.  While this may seem like a small amount of game time, spending 15-20 minutes at a station can really eat up the clock.  Compared to the previous day, I felt that my second day was much more productive. By researching the games ahead of time, I was able to make a list of games I wanted to play and then visit whichever booth had the shortest line.

Feeling satisfied of a long day’s work, I ventured around the exhibition hall and took photos, checked out some new board games, bought a PAX shirt, and even treated myself to a horror movie-themed card game. I can’t wait to try this! 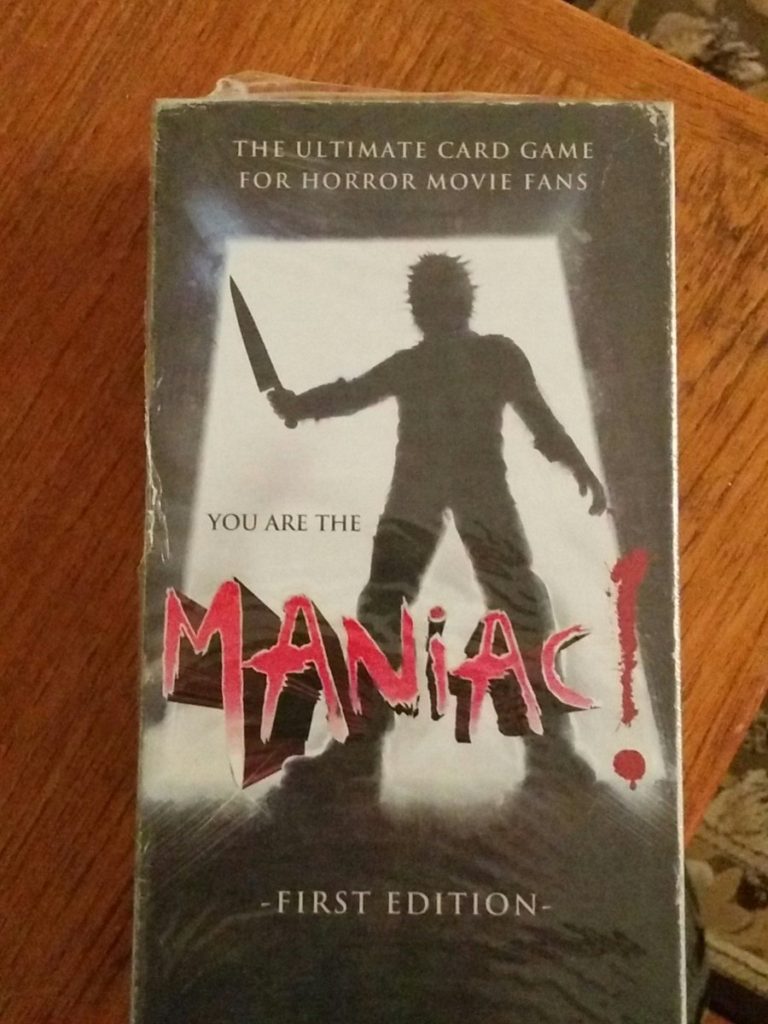 To end the day at PAX East, I took a selfie with Randy Greenback and interviewed him for my upcoming podcast.    Thanks Randy!

I hope to one day showcase my own game at PAX, but I know I’ll have to earn it.  Let the games begin! 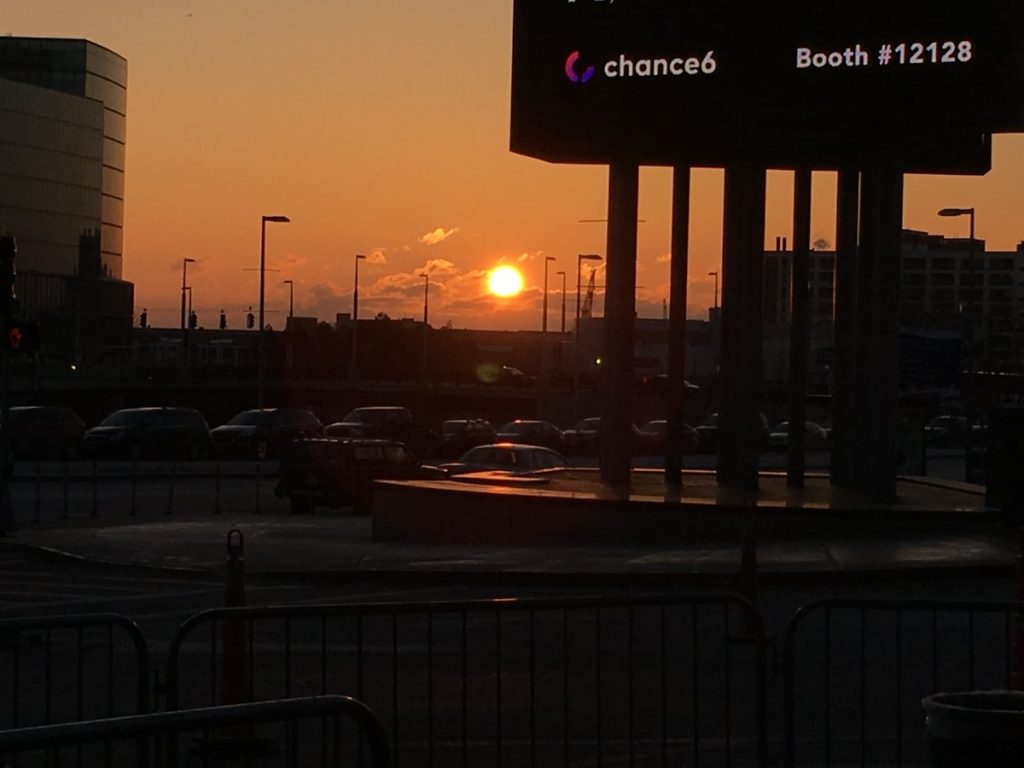